* In case of any delay in receiving the OTP, you may verify it later. Please proceed without verification.

Your mobile number is not registered with us. Please register your mobile no.

Enter your City name or Pincode

The location of this town makes it economically well developed from other nearby rural towns in Bangalore rural district’s towns. Nelamangala falls near the intersection of national Highway Bangalore to Mangalore (NH-48) and National Highway Mumbai to Chennai (NH-4). This town is about 27 km away from Bangalore city towards North. 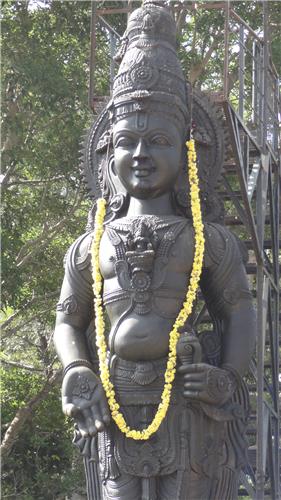 If you are in Nelamangala, you can visit to many places. The first is a park near Vishwa Shanti Ashram at Binnamangala. This ashram is a spiritual center for world peace, spirituality and for touring. There are many statues all over in the ashram campus and many temples are built. Geeta Mandir, Vinayaka Temples, Ashtalaxmi Temple, and the statue of Vittala called Vishwaroopa Vijaya Vittala statue are strikingly well built and important temples of this ashram. The ashram maintains its campus and keeps it clean, which makes it a good place for earning spiritual knowledge. There also is a park in the ashram campus with many beautiful flowers.

About 1km Away from Nelamangala town a village called Basavanahalli is there. This village is very famous for its ancient temples of Lord Shri Laxmi Venkataramana Swamy and Garuda. The Idol of Shree Laxmi Venkataramana Swamy is unique about this temple with both its hand in standing position. There is also a small pond near both these temples called Shankapushkarani and Mukhamantapa.

The lord Garuda of this temple is worshiped here as main deity and worshiped during processions. The locals believe that some rare diseases caused by biting of snake are treated here successfully. People believe that after worshiping here ones mirage and education related problems are solved. This temple was built by King Janamejaraya. He was grand-grandson of Arjuna from Mahabharata.

Udbhava Ganesha Temple in Nelamangala town is also one of tourist attraction for locals and people with strong faith in Lord Ganesha. Here people come to witness the celebration of once a year Ganesh festival.  Nelamangala also has the oldest temple of Lord Shiva. Lord Shiva was son of deity Parvati and lord Shiva.

Are you a Business Owner?

Add the products or services you offer